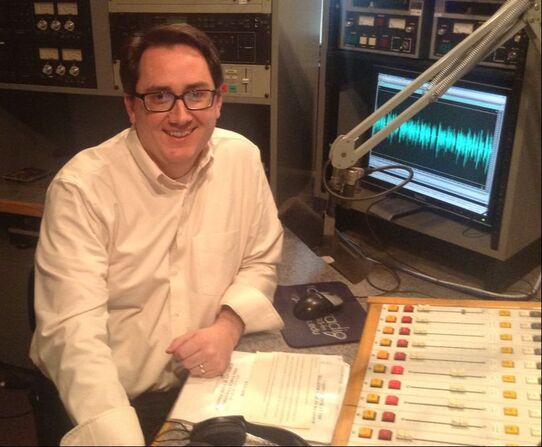 ​I am an award-winning Broadcaster, Producer and Voiceover talent, having produced hundreds of commercials and programs during my nearly 30 year career. I have also worked with the news departments of NBC’s affiliates in Atlantic City and Philadelphia as a News Producer and Assignment Editor.

Currently, I am on staff at Rowan University as the Assistant Station Manager of the nationally award-winning college station Rowan Radio 89.7 WGLS-FM, and have instructed courses in Sound Communication, Radio Production, Radio Journalism, and Broadcast Performance.​

​When I'm not sitting behind a studio microphone or standing in front of a classroom, I can usually be found hunched over a piano as the composer for a number theatre, television and film projects, or typing away at a keyboard as the writer of a number of instructional texts, literary excursions, and humorous anecdotes.